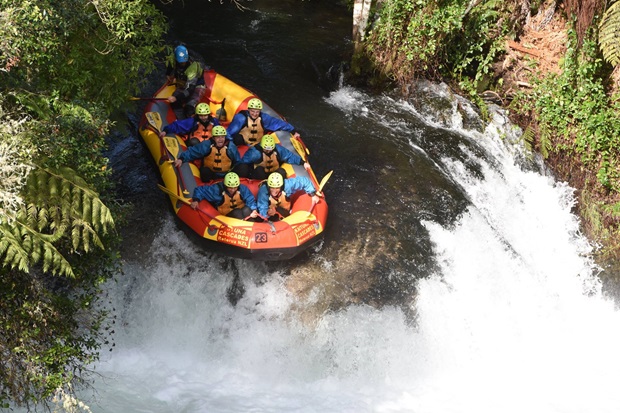 PE school camp in Rotorua... OMG, what a thrill. Last month I went on the best camp I´ve ever been on (actually my 2nd camp ever XD). I can´t really think of how a teacher could plan a better school camp than this. It was filled with activities that I have always wanted to do. The people were great and our camp leaders were awesome. I like how the teachers actually joined us and did everything with us, instead of just sitting on the side watching.


So Rotorua is a city in the North Island of New Zealand with about 53 000 inhabitants. It is a big tourist destination because of its geothermal activity (hot pools, geysers etc.) and because of all the various adventurous activities that you can do there.

The camp started with quadbiking in the mountains. It was my first time quadbiking and I was worse than I thought I would be XD. The only motorized vehicle I´ve ever driven is my scooter and it was nothing like it... At first I had problems with the steering, but after a while I got the hang of it. I left myself a little bit behind everybody else just so I could take my time and do it in my own pace. It was heaps of fun... I really enjoyed it.

After the quadbiking we went straight to ''The Zorb''. For those of you that don´t know what zorbing is, it´s when you go inside a big plastic ball with water and they roll you down a hill. It was so much fun... We only got to do it twice, but those two times were awesome. 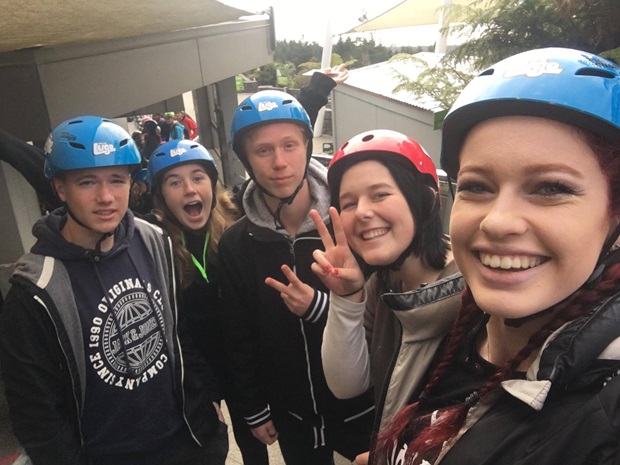 On Thursday we did the most adventurous activities. In the morning we went mountainbiking. Mountainbiking isn´t what I would call a very safe sport. You can really hurt yourself on these bikes if you aren´t careful. But the safety in these places are quite strict, so if you are careful and don´t ride over your own capability, you will be fine. After that we went whitewater rafting, which was the most awesome thing I´ve done in my life :D We were six people in one raft while we went down the Kaituna river. We went dows two waterfalls, with the bigger one being over 7 meters high :O. The raft actually flipped over when we went down the waterfall and everybody fell down in the ice cold water. But after good instructions, we all succeeded in getting back up on the raft. I really hope I can do it again sometime. It was so much fun :D

Friday was our last day at camp. We had only one activity planned for the day before we were going to head back home again. That was to do ''The Luge''. We got to go up a big hill with a gondola and ride down in these small ''carts''. We got to do it five times, which was quite a good number of times. It was really fun and absolutely one of the highlights of the camp. Actually everything we did at this camp were highlights. Can´t complain about anything.

Yeah, so overall it was a very good camp. We got to do so much for a very cheap price. I´ve gotten closer to my friends, and I got to do things that I´ve always dreamt of doing. Thank you school camp!!! If you get a chance to do these kinds of things, then do it! I must say that these three days were probably the best days of my life this far :D!